When I discovered ANYA AND THE DRAGON via Twitter, it immediately reminded me of one of my favorite movies, Dragonheart (rest in peace, Sean Connery!). The sequel, ANYA AND THE NIGHTINGALE, is set to release next week on November 10. Here’s a look at this amazing Middle Grade fantasy series:

Anya and the Dragon is the story of fantasy and mayhem in tenth century Eastern Europe, where headstrong eleven-year-old Anya is a daughter of the only Jewish family in her village. When her family’s livelihood is threatened by a bigoted magistrate, Anya is lured in by a friendly family of fools, who promise her money in exchange for helping them capture the last dragon in Kievan Rus. This seems easy enough, until she finds out that the scary old dragon isn’t as old—or as scary—as everyone thought. Now Anya is faced with a choice: save the dragon, or save her family.

It’s been a year since a violent Viking terrorized the small village of Zmeyreka and Anya and her foolish friend Ivan saved a friendly dragon from being sacrificed for his magic.

But things still aren’t safe in the kingdom of Kievan Rus’.

After embarking on a journey to bring her papa home from war, Anya discovers a powerful forest creature terrorizing travelers. But she soon learns that he’s not the monster the kingdom should fear. There’s an even greater evil that lurks under the city.

Can Anya stop the monster, save her papa, and find her way home? Or will the secrets of Kiev leave Anya and her friends trapped beneath the city forever?

In your website bio, you mention that you got lost in an abandoned mine in California. How did this happen?

My older brother and I used to take summer vacations in the Sierra Nevadas. This was back in the 90s, so I don’t even know if these mines or towns are still even there. Also, I do NOT recommend ever doing this! It was so dangerous, and we could have died. We’re super lucky we didn’t. We’d just get an old-school big map and follow backroads and go exploring. We found these cool old towns with like 2 people living in them, and camped out in the middle of nowhere, and found ruins of mining camps. The one where we got lost in the mine was next to this old, old bunch of buildings that had been half-demolished in a mudslide probably back in the 1800s, and it didn’t look like anyone had been out there since. The mine was nearby and had boards over it but we were able to slip in (because why not?) and wander around. We didn’t even have a flashlight, and this was before anyone had cell phones, so we used the flash on his camera to light where we were doing, one flash at a time. Part of the mine was even underwater (and may or may not make an appearance in ANYA AND THE NIGHTINGALE!), and in all our wisdom we decided to cross over the water to another arm of the tunnel. And then we just kept hitting dead ends no matter which way we went and it was all dark and we had this moment of “oh crap, we’re gonna die in this mine!” And THEN then one of our flashes woke up some bats and they were flapping all around us and we REALLY thought “oh crap we’re gonna die in this mine!” But the bats kinda saved us, because they knew how to get out. We were pretty close to the exit, as it turned out, and the bats flew out and we followed them. We were probably in there for a grand total of 45 minutes, but it was still pretty scary.

I’ll bet! ANYA AND THE NIGHTINGALE is the second in your Anya series.  Without giving away spoilers, in what ways did Anya surprise you when you expanded her story?

No spoilers, huh? Well, hmm. In the first book, she’s definitely pretty brave. I mean, she throws projectiles at an angry Varangian, and you’ve got to have some kind of mettle to do that. But that was just one guy in her own hometown. In ANYA AND THE NIGHTINGALE, she travels to Kiev, meets her literal hero, meets the tsar, meets an angry elf, meets a rabbi (the first one she’s ever met in her whole life), and meets a terrible monster who almost tears everything down around her. But none of that holds a candle to the thing that really, really demands her bravery… that’s more of a quiet choice made in isolation, and acted upon in private, but that makes a huge difference. But… no spoilers!!

I’m already intrigued! You also mention on your website that this book was also the first you wrote on deadline. What was something you experienced during this, but didn’t expect?

I always thought I’d be a terrible butthead on deadline, that it would “cramp” my creative style. I went for a really long time with untreated ADHD, which made my history with deadlines very hit-or-miss. Deadlines and I, we have a rocky past. So I thought, “Oh no, I have to write this whole book in less than a year. How is this even going to work?” But having that deadline on something I really wanted to do was… kinda nice? It forced me to actually do it. With ADHD sometimes you grossly miscalculate the time it’s going to take to do something. “I can write that book in two weeks, no problem.” And then six months later you’re sitting there in an office filled with empty coffee cups and crumpled papers wearing the same pajamas you’ve had on for a week straight and you’re like, “I may have been wrong about the two weeks.” But this way I knew I had a year, and I knew the word count I was aiming for, so I could calculate out how many words I’d need per week or per day. The little deadlines within the big deadline. That experience of writing to deadline helped my process out A TON, and now I can write a manuscript first draft way faster than I ever could before. It also made me appreciate having a good CP or two. If you find a good CP, let them know how much you appreciate them, and never let them go.

As someone who also lives with ADHD, I can definitely relate. And yes, good CPs are gold! What are some of your current projects?

I’ve really been trying to figure out where to go next. I love historical fantasy and middle grade, but I think branching out is important! So I have a middle grade mental health-focused portal fantasy in the works, and an adult paranormal rom-com featuring a demon and a Sasquatch enthusiast, and also a YA historical fantasy that I affectionately call ATOMIC MAGICIANS set during the Cold War. And then there’s the longer-term big-huge epic fantasy I’m taking my time with. So . . . quite a few things in the works! But there’s one that I’ll be able to announce pretty soon, and if you’re a fan of Anya and her adventures, you’re going to love the next one! So stay tuned!

JAGGER JONES AND THE MUMMY'S ANKH by Malayna Evans 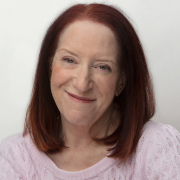 SUMMER OF L.U.C.K. by Laura Stegman 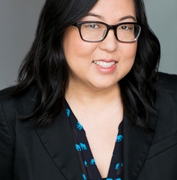 THE PERFECT ESCAPE and LOATHE AT FIRST SIGHT by Suzanne Park 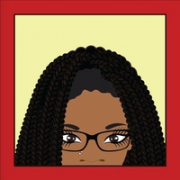 Want to join the discussion?
Feel free to contribute!

SUMMER OF L.U.C.K. by Laura Stegman