The last author feature of November brings us DARK TOMORROW: RISE OF THE CROW and the sequel, CULT OF THE CROW. Have a look at this series from Month9Books: 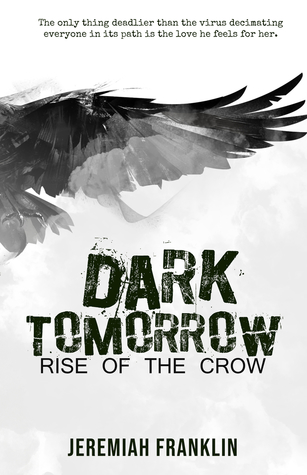 When a deadly virus decimates most of Earth’s population, 16-year-old Sawyer Bradshaw finds he is both immune and alone in a world that has descended into violent chaos. Armed with only his estranged father’s shotgun, and an unrelenting desire to stay alive, Sawyer discovers that he not only has an uncanny knack for cheating death, but also for taking lives. It’s not long before he meets his match in a fierce and cunning teenage girl named Sara. By her side, Sawyer emerges as more than just a natural-born killer but as a leader among men. Nevertheless, as quick as the young survivors fall desperately in love, they find themselves caught up in a series of conspiracies and twisted struggles for power. They soon realize that love, betrayal, and death tend to walk hand in hand. 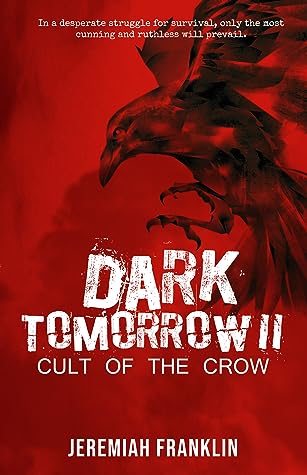 Kill or be killed is the new normal for Sawyer, Sara, and the survivors of the deadly virus that has all but annihilated the human race. With the death of Sara’s father and the disappearance of the strange boy known as Mason, the teens are left reeling, but alongside the enigmatic ex-Marine, Edward, they soon forge an alliance with a collection of young survivors led by the sage and charismatic Kai. Nevertheless, when their new companions begin to mysteriously disappear, the group is once again thrown into a desperate struggle for survival, where only the most cunning and relentless will prevail. Ultimately, among whispers of top-secret military bunkers, lost gold, and a shadowy group known as the Cult of the Crow, Sawyer and Sara must face the grim realization that death and betrayal lurks in every corner, and when it comes to the end of the world–nothing is what it seems.

According to your bio, you are a former private investigator. In what ways, if any, does this experience manifest in your creative work?

When you are on surveillance as a private investigator, you morph into something not unlike an invisible bystander, and you are given a rare opportunity to anonymously observe people’s behavior in all its complexities. Sometimes, you witness first-hand what some would call the “dark side” of human nature, and it’s not often pretty. However, at the very same time, you also have these amazing opportunities to right wrongs, to seek justice, and to solve real-life problems for people who need your help. I think this contradiction between good and evil, and right and wrong, comes out in my writing, and that my experience as a private investigator has given me some insight.

In lots of people, I’ll bet! In DARK TOMORROW: RISE OF THE CROW  I’m especially intrigued by the ex-Marine, Edward. How did he come to you, and in what ways did he surprise you?

Edward is a unique and interesting character in many ways, and he is without question an amalgamation of several “real-life” people that I have known. Unlike many of the characters in Dark Tomorrow, Edward is also no teenager, and as a former Marine, he has experienced life events that my younger characters have yet to encounter. At the same time, Edward also enters the story with a fair amount of emotional baggage, and I think it was surprising to see where these personal issues took Edward as the story unfolds. In the end, he makes some truly startling decisions, and I think the reader gets a chance to look into the troubled mind of the complex character that is Edward.

He definitely sounds interesting. What do you wish stories had more of?

Realism. In realistic fiction, the characters are bound by the laws of reality, and as much as we all love a character with super powers or magical elements, I think readers also enjoy making connections to characters who are painfully real, and who must overcome challenges that we can all relate to.

Indeed. What are some of your current projects?

Right now, I am right in the middle of the final edits for the third book in the Dark Tomorrow trilogy, Fall of the Crow. It’s the final chapter in the series and it is due to come out sometime in early summer of next year. I am also working on the first book in a completely new dystopian YA series that I’m really excited about. Like my previous books, it’s set in the not-too distant future, but this novel has more elements of science fiction, and while I can’t say too much about it, I think it will appeal to a wide range of readers who enjoy a fast-paced and thrilling YA story.

WE ARE NOT FREE by Traci Chee

BONDS OF BRASS by Emily Skrutskie

THANKS A LOT, UNIVERSE by Chad Lucas

THIS IS ALL YOUR FAULT by Aminah Mae Safi

Want to join the discussion?
Feel free to contribute!

LET’S CALL IT A DOOMSDAY by Katie Henry